Hucclecote can trace its history back to to 1066, when Hucclecote and Churchdown were distinct manors belonging to St. Oswald’s church, Gloucester. The Doomsday Book also contains a reference to Hucclecote.

In these early days Hucclecote was really just a scattered hamlet of farmsteads and cottages at the foot of Chosen Hill. According to local tax records only eight eligible residents lived in Hucclecote in 1327.

Over the next few centuries the village expanded along Churchdown Lane to the crossroads with Ermin Street (this section of road is now called Hucclecote Road). Ermin Street linked Gloucester with Oxford and London, and for a while there was a turnpike in the village. 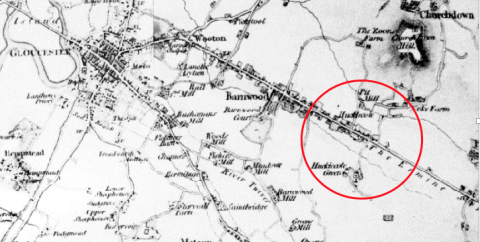 As Hucclecote was located on an important road several inns were built in the area. The earliest one dates back to 1451, when records show a man was brewing and selling ale here. In 1598 there was an inn called the Fiery Beacon; another (recorded in 1726) was called the General Wood. The latter may have had an outdoor bowling alley and was possibly renamed the Royal Oak in 1841. 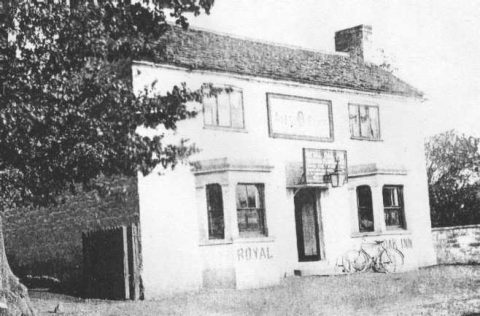 By the mid-20th century Hucclecote was regarded as a separate civil parish.  The original parish council was formed in December 1894 and covered the wider area of Hucclecote. In April 1967, the construction of the M5 motorway effectively cut the parish in two; the area to the north west of the motorway bridge was taken into the boundary of Gloucester City. The remainder (the area now covered by our parish council) was allocated to Tewkesbury Borough Council. The Parish of Hucclecote is now Civil Parish as it no longer has a church within its boundary. 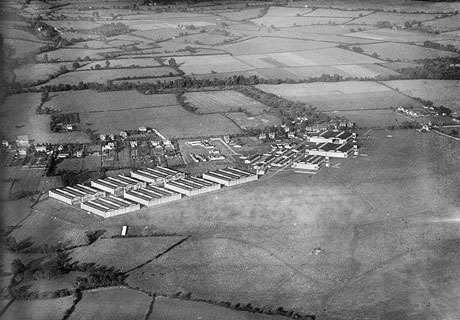 One of Hucclecote’s main claims to fame is its association with the Gloster Aircraft Company, which used a runway at Hucclecote for much of its testing. Around 1,000 staff where based here.

During World War II, the company produced 200 Henlys, 2,750 Hurricanes, 3,300 Typhoons and more than 200 Meteor jet fighters. In 1941 George Carter, in conjunction with Sir Frank Whittle, constructed, produced and test flew the E28/39 in Hucclecote – this was the first jet engine aircraft ever to be flown by Britain or any of its allies.

In 1964 the site became a trading estate. In the late 1980’s the trading estate closed and was then redeveloped into the Gloucester Business Park. Some of the land was sold off for housing and retail units such as Tesco. The homes in the Sussex Gardens area were built in the mid 1960s, the Cranham Gate housing estate was developed in the early 1990’s and the Coopers Edge development commenced after planning permission was granted in 2005. In 2021 planning permission was granted for 167 new homes on the land between Tesco and Ermin Street. 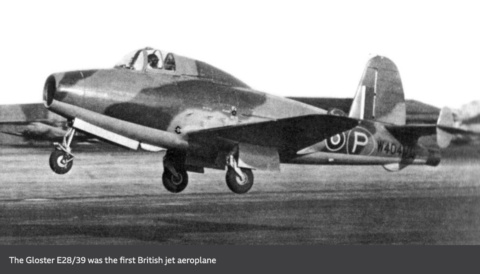